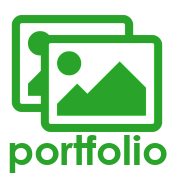 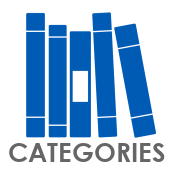 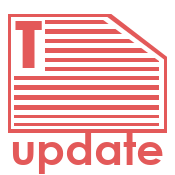 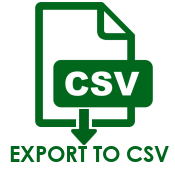 For as long as colexions has existed the gaming industry has been on a slow march towards getting rid of physical media. We have all seen it coming, and I think we would all agree that not only is disc-less gaming an inevitability; we are now closer than we've ever been to this reality. While I think it's fair to say most of us will lament the loss of physical discs; I think a different way to approach this future is examining whether or not losing our physical media will actually make video games better.

So let’s start with the obvious. We are going to lose our right to fully and forever own the games we purchase. In all honesty, if we break it all the way down; that is the only clear-cut and definitively negative aspect of losing physical media in gaming. That’s not to say that there aren’t other problems; but for this issue there is no positive counterpoint for disc-less gaming. Personally, I don’t want my games, movies and music to live on someone else’s servers; and while I’d love to have my belongings in my posession; I have accepted that in the future that just won’t be possible.

With that out of the way, let’s look at some of the positives of disc-less gaming. Right away, I think the big win is limitless, never-ending games. Once we do away with discs and all games for a particular game live 100% on servers, developers can free themselves from console and memory limitations. This should allow them to build out even bigger and more immersive experiences than we’ve ever experienced. In this case we can truly start seeing a future where games exist without limit or end, and can be built upon and added to for ten years or more.

Another positive will be cross-console play/ownership. Not that it isn’t possible now with physical discs, but moving all games to the cloud is the best way to completely remove the archaic practice of being locked into a single console. Moreover, imagine a future where you can buy a game once and access it from any console. If ever there was a carrot to dangle in front of us to make us give up physical discs, that is the trump card that game companies and developers could use. I’d love to just buy a game and not have to worry about which console I’m buying it for.

Finally, I’d say that portability is a major benefit of disc-less gaming. I mostly play on the Nintendo Switch these days. I think, like the Wii before it, Nintendo has reinvented the gaming market and the other console companies are probably right now scrambling to develop a similar hybrid home and mobile console to compete with it. What makes my Switch so convenient for me is that whether I’m taking it up to my bedroom or on the road with me, I can always just grab it and go. I don’t have to grab a pocket full of games to take with me; heck, I don’t even have to think about what I will want to play on it while away from the dock. This to me is the biggest benefit of disc-less gaming. I started with the original Gameboy and I carried around all those gameboy cases full of games and a battery pack. I lived through multiple eras of my portable gaming library growing too large to carry along with me. The ease at which I am now able to just grab my Nintendo Switch console and go without any thought was the actual issue that softened my opinion on disc-less gaming.

In conclusion, I will always have an affinity for physical games. I will likely never stop owning some sort of physical media; but I am much less enthused about fighting against disc-less gaming consoles. Over that years of running and operating colexions I’ve watched friends amass large physical media collections and come to the conclusion over time that having the media we want on harddrives and servers isn’t such a bad idea after all. The convenience is what it is, and to be honest; most of the stuff that I want on physical media come from my past. Most of the games that I want to own in physical form are the games I grew up on. I’m less concerned about having a physical copy of Splatoon 3 than I am about owning a physical copy of Battle Clash for the SNES. While once upon a time the loss of physical media and the right to outright own the games I buy was a major concern of mine; as it stands today I am willing to give an untrustworthy industry the chance to show me what they can really do if we let them build everything in the cloud.

What are your thoughts?

It's the same as books, I prefer to have a physical copy in my hand, then they can't take it away or make it unplayable
reply
Corey Buckner @coreybbuckner
September 26, 2022

I have some games and some books I need to start posting up, been kinda lazy with it
reply